Able Baker Contemporary is pleased to announce its third show, "Broken Register: The Virtues of Misalignment." This show presents the work of several artists who celebrate the aesthetics of "misusing" printmaking processes: Jenna Pirello, Tamara Gonzales, James Miller, Stephen Benenson, Christopher Patch, and Patricia Treib. The show will also include historic works by Walter Williams, Cy Twombly, and Robert Rauschenberg. "Broken Register" runs from August 12 to September 24; an artists' reception will be held on August 12th, from 5 to 8pm. Able Baker Contemporary is located at 29 Forest Avenue in Portland, next to Portland Stage. The gallery's regular hours are 1-5:30, Thursday through Saturday, and by appointment.

Throughout the history of traditional printmaking, the ability to produce repeatable and reliable results has been held as a paramount virtue. The idea of a perfect edition of prints, with each print indistinguishable from the ones before and after, has been the passion and pride of generations of master printmakers.

To attain this consistency, printmakers employ an almost fetishistic attention to detail and habit. The reason for this obsessiveness is that printing is done in stages and in layers, and if there is any variation, from layer to layer, or stage to stage, it can set off a cascade of unintended effects, misalignments, and clumsy overlapping--called broken registration. According to tradition, this will result in the ruin of the visual effectiveness of the image, and the destruction of the edition.

But by the end of the 1950s, artists like Andy Warhol began to rebel against these conventions and formalities. In his iconic images of Marilyn Monroe, for example, the color spills out beyond the boundaries of her lips. The effect of this "sloppiness" is to detach the experience of color from the experience of form. The misalignment confronts us with an awareness of the mechanics of image production. Warhol focuses on the industrial printing process, making the construction of celebrity in print media the subject of these pieces, rather than Marilyn herself.

In recent years, painters have begun to translate such techniques of broken registration onto the canvas, whether for purposes of ideological critique, or to expand the visual vocabulary of painting. Practices of imperfect layering suggest to the painter new methods of color and texture application. This exhibit showcases the work of artists whose practices employ effects of misprinting and overlapping, turning the printmaker's lapses into a source of aesthetic novelty and power. 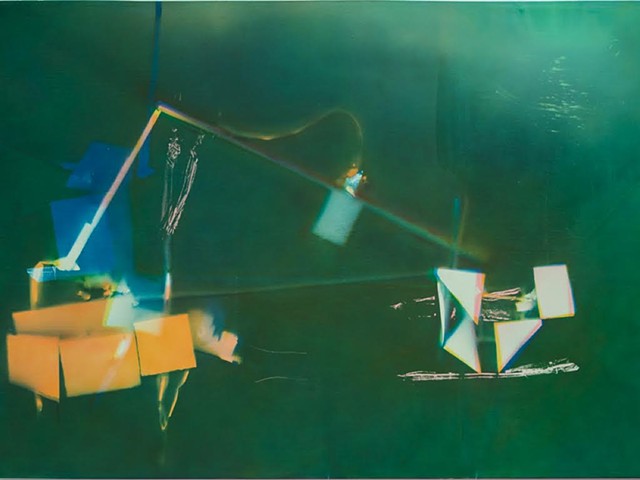 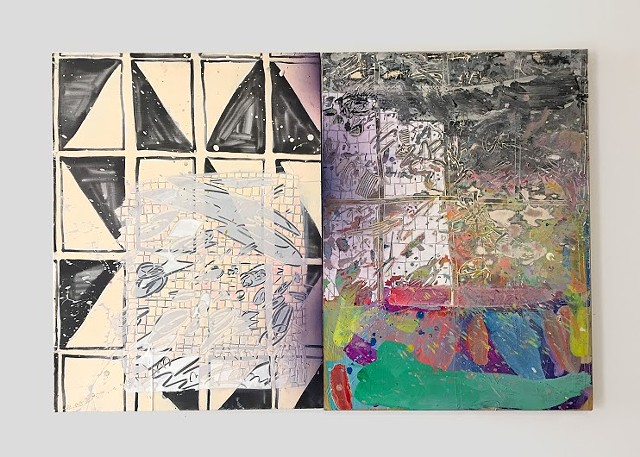 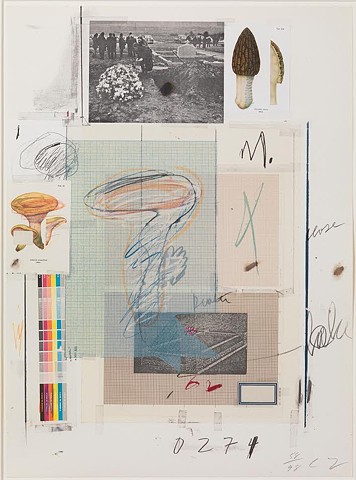