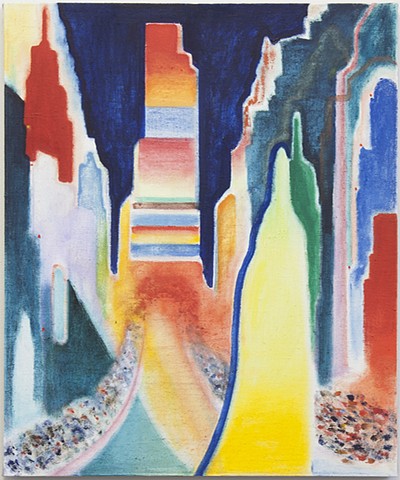 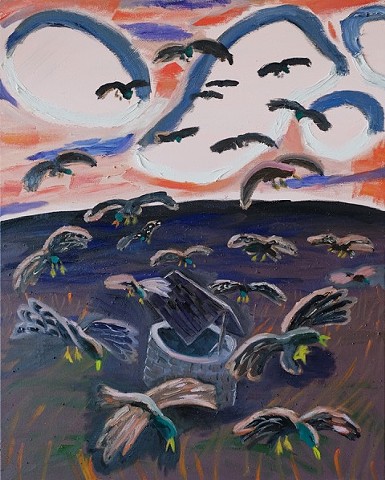 Nick Benfey
Leaving For The Winter
oil and acrylic on canvas, 40”x32" 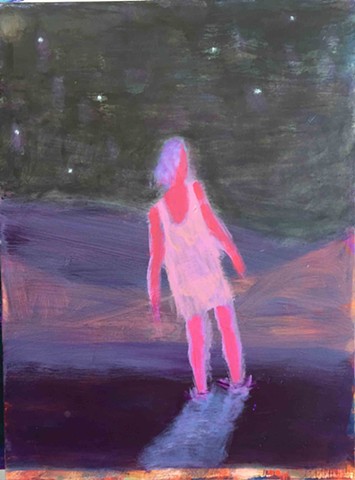 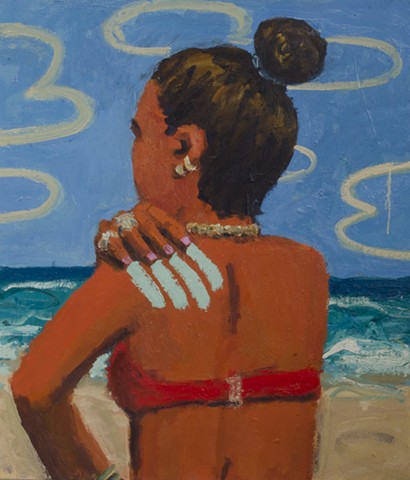 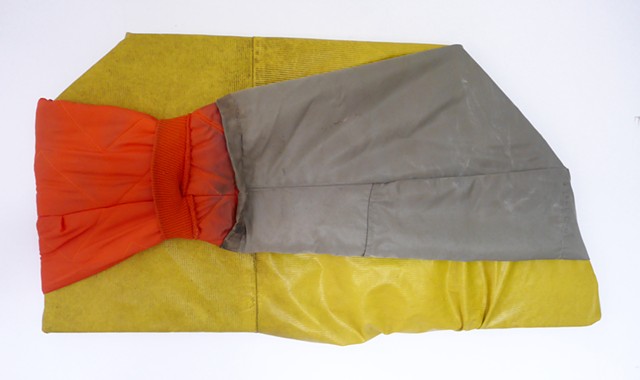 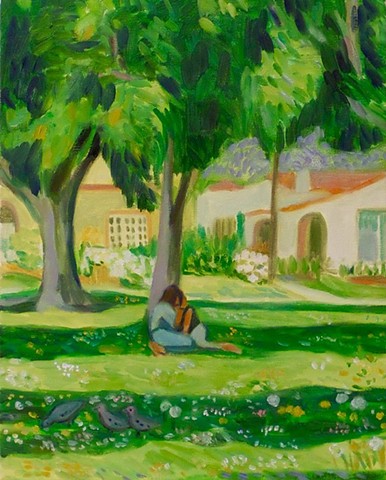 Paige Turner-Uribe
Teenagers on the Grass
16x20”
oil on canvas 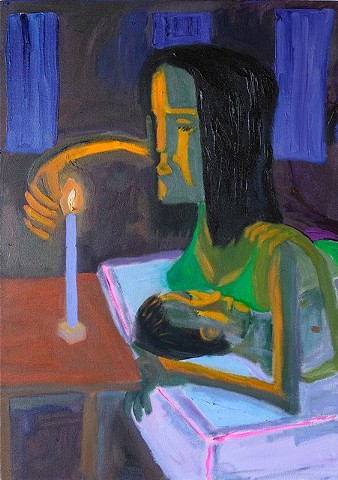 Nick Benfey
Blowing Out A Candle
oil and acrylic on canvas, 34”x24" 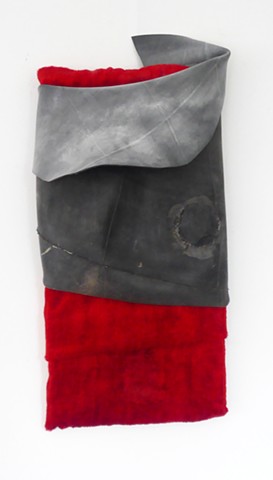 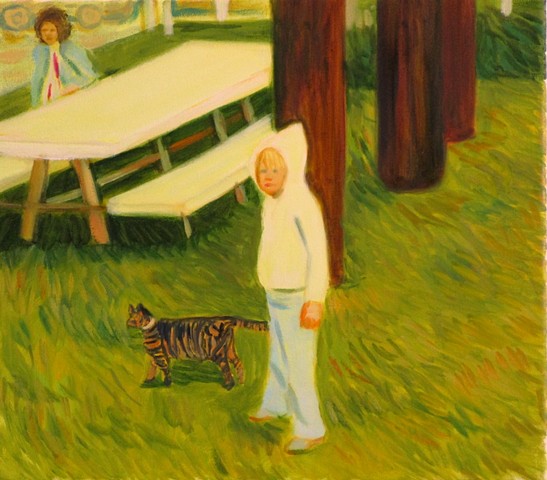 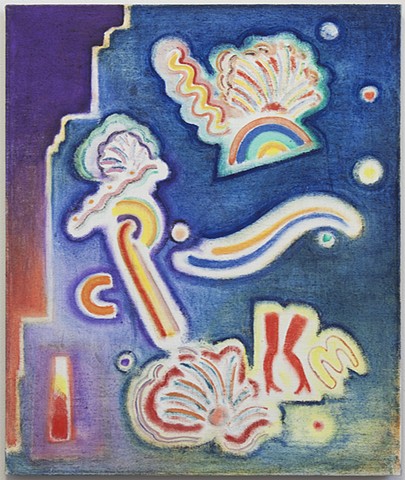 This was almost a show about memory and fantasy. Many artists likely feel a vaguely positive association with those words—perhaps bringing in some skepticism or critical distance, but not rejecting the concepts. Nostalgia is different. At best, nostalgia is a divisive concept, inspiring tension between incompatible worldviews. At worst, it has clearly negative connotations of intentionally naïve longing and immature escapism. In a world that demands forward progress—the political world of power dynamics; the job world of capital and its accumulation—nostalgia is a concept easily dismissed as sentimental and non-rigorous.

But this isn’t the political world or the job world. In the art world (or, more specifically, the world of art-making), we scrutinize feelings—yes, even the gooey ones that others look at skeptically. The artists included in Nostalgisms don’t shy away from feelings, ideas, or motivations one might categorize as nostalgic. They embrace the act of looking back as part of their practice, but, importantly, they don’t stay there. They create and move forward. Some of them encourage nostalgic atmospheres by distilling their own memories; some of them transform and combine past experiences; others don’t use actual memories, but seemingly invent nostalgia-encouraging devices and themes out of thin air.

None of the artists in this show are attempting to escape the immediate. Instead, they are intentionally using the framework of a nostalgic perspective as a vehicle allowing rigorous exploration of a wide range of aspects of art making—from space to color; from imagined scenes to specific places; from landscapes to figures; from paint to sculpture. In this variety of formal choices, we are presented with a maze of windows through which we see reflections of nostalgic past times that are both enriched and obscured by the haze of sentiment.