5/18 - 6/22 2018 In the essay titled “Creative Process” published in 1962 at the behest of then President John Kennedy, iconic African American writer and public intellectual James Baldwin charged his contemporary artists with assuming the position of “disturbers of the peace.” At a time of political and social unrest in the midst of the civil rights movement, Baldwin insisted that artists, as the conscience of society, were responsible for “correct[ing] the delusions” that we live in a stable world. To do so, the artist had to recall and “let us know, that there is nothing stable under heaven.”

For Baldwin, artists as cultural workers were particularly entrusted with the responsibility of agitation, not for the sake of agitation but to contribute to the unravelling of societal injustices. The interpretation of artists as cultural workers can be broadly construed, but, in this exhibition, my interest rests with artists consumed with (but not limited only to) political interventions, community engagement, and matters of accessibility—artists that disdain “art for art’s sake” and pursue art for the sake of nurturing political consciousness and movement toward social change. In this sense, I give pride of place to artists who, according to Nato Thompson’s definition, “work more comfortably on the street and within a community of activists than in the gallery.” Print, Protest, Power assembles a collection of artists whose work is often literally found on streets, billboards, and telephone posts.

Print, Protest, Power explores the power of the printed poster in a variety of styles, aesthetics and rhetorical strategies. Recalling the role of the poster in political social movements, particularly in the U.S., and how they occupy a critical space and a precursor to

contemporary social media platforms, this show will acknowledge the significance of the protest poster and the art of printmaking. While some posters were created by savvy graphic designers with keen attention to font, color, aesthetics, and layout, and others were made strictly to communicate vital news, the general purpose was the dissemination of information to the masses. Print, Protest, Power brings together works from distinguished printmakers including a selection of iconic imagery by Emory Douglas, the artist, designer, and former Minister of Culture of the Black Panther Party. Other artists in the show are Amos Kennedy Jr. (Kennedy Press); David Wolfe (Wolfe Editions); H. R. Buechler (Oxblood Press); the Future Mothers collective (Elizabeth Jabar and Collen Kinsella); and Alisha B. Wormsley. 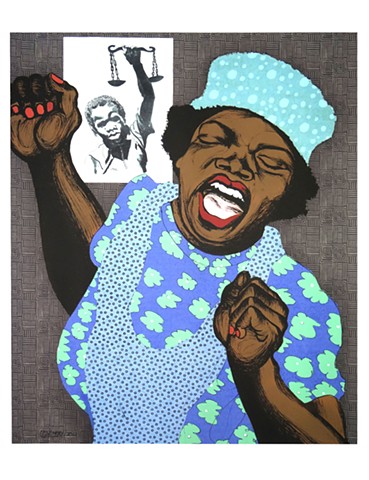 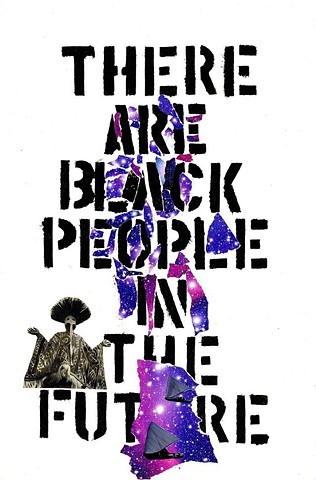 There Are Black People In The Future
Giclee Print
48x36" 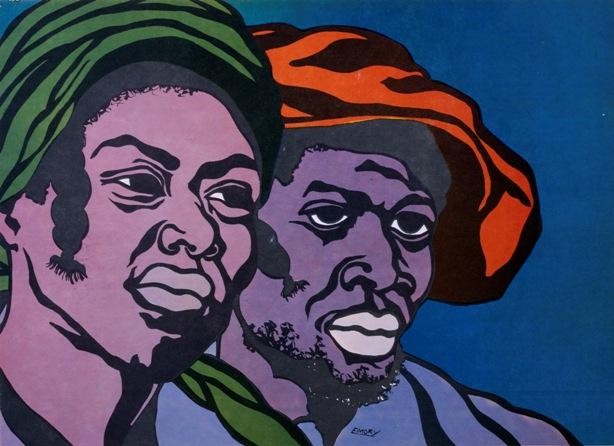 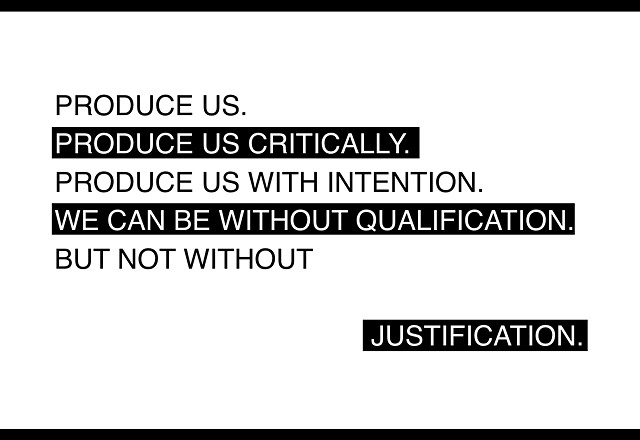 from D2: Towards a New Ideology of (Print) Production
still from video 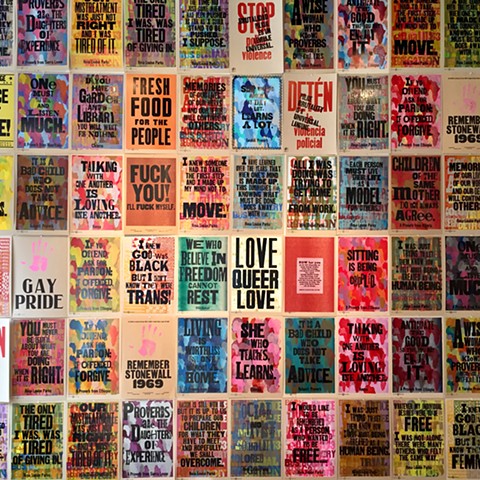 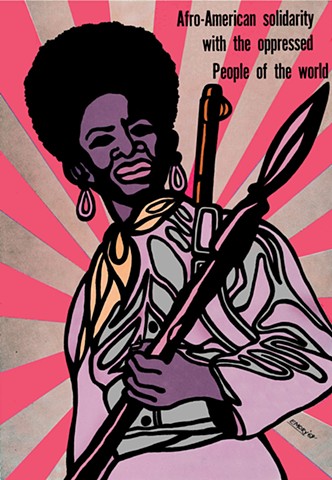 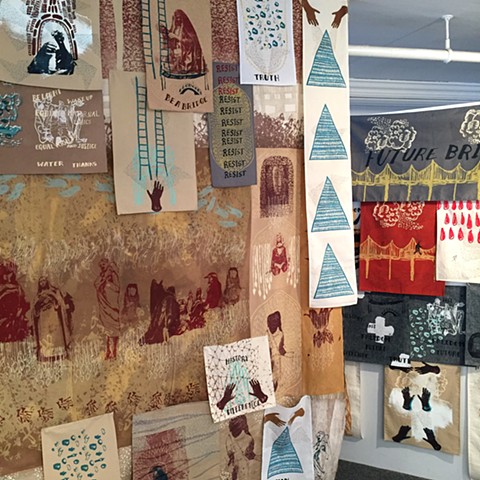